Park Yeongju picks up the phone that Jaehyun had left behind. She calls Sujin‘s number and tells her that she found the phone. Sujin, without knowing her identity, thanks her for finding her husband’s phone.

Park Yeongju keeps sticking around Sujin. One day, she appears in front of Sujin‘s camera while she is taking pictures. Sujin is glad to see her again, just thinking that she is a kind neighbor.

Yeongju asks Sujin about her husband. Sujin is shy in answering her questions, saying that they’re newlyweds.

Yeongju smiles at Sujin, then she suddenly gives her a cold stare. She must be hiding some kind of evil purpose! However, Sujin doesn’t notice it. She should watch out for danger! 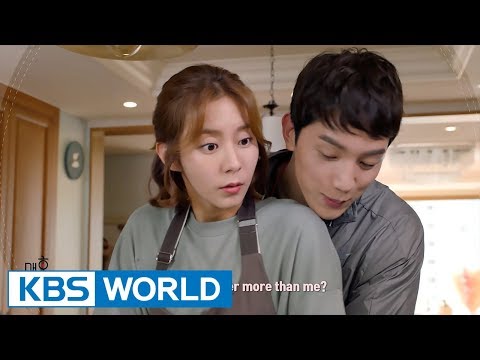