Bong Pil is shocked to see Jinsuk sleeping in his room.

In the previous episode, Bong Pil traveled to the past when he was just discharged from the army. There, he found his letters to Sujin that Jinsuk had hidden. Jinsuk shed tears when Bong Pilfound out that it was her. Sujin chose friendship over love and told Bong Pil not to hurt Jinsuk’sfeelings. Even Seoktae joined the love line by confessing to Jinsuk.

On tonight’s episode, Bong Pil wakes up in the present and finds Jinsuk sleeping next to him on his bed! His destiny has been so tangled up because of his time travel. In the teaser images, Bong Pil and Jinsuk are wearing pink matching sweatshirts and posing for the camera. What is this sweet atmosphere between them? Is this the butterfly effect of Bong Pil’s actions? 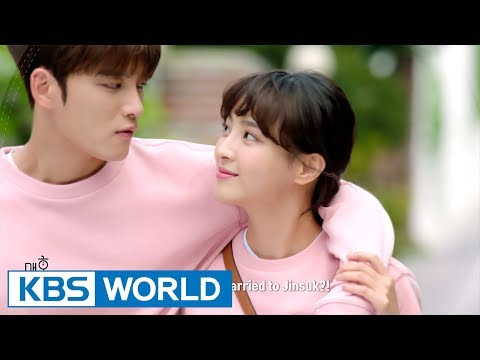