On November 16, BTS guested on an American morning news program on KTLA, a local network in Los Angeles. The host of the program, Sam, had given notice of BTS‘s appearance on his Tweeter, and his tweet went viral at an incredible rate. Sam is said to have been amazed by such unprecedented speed of retweets. Other MCs of the show were also excited due to the fact that the whole world had their eye on their show because of BTS.

During a brief interview, BTS said they were having 5 rehearsals prior to the American Music Awards. They showed their confidence and promised to bring an amazing performance to the audience.

When asked about how they imagine themselves to be 5 years later, the members replied that they want to stay as they are now, that they’d like to come back to this show 5 years later. Jiminsaid he always looks forward to meeting his fans. He said, “I love you, ARMY” and drew a heart with his fingers.

After the interview, BTS showed off their dances moves to the host. Behind the stage, they said they wish to see Selena Gomez at the American Music Awards as well as Christina Aguilera. 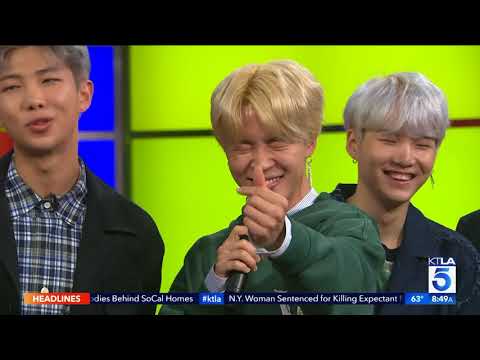 Jung Somin “I promised to visit Lee Joon. I will visit...

What made Jeonghui cry her heart out? [Girls’ Generation 1979]